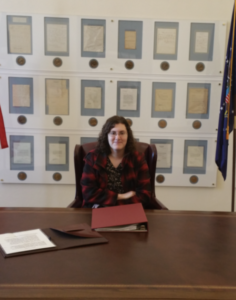 I really liked the amount of options it gave me, especially in majors, extracurricular activities, and places to eat.

I’ve been in Pep Band since Freshman year and joined Marching Band this year, and through these groups, I made a lot of friends and a lot of great memories. My favorite class so far has been Introduction to Sociology, as it really opened my eyes to what shapes people. All of my favorite experiences during my time at Rutgers so far have come from being involved in band, whether it be watching the basketball team pull out a victory against a good team or spending hours at SHI stadium practicing field shows with a great group of people.

Initially, I chose saxophone in 5th grade because I didn’t enjoy playing flute in 4th grade. The alto saxophone was easy to pick up, and also allowed me to express myself the best. I then switched to tenor sax in high school so that I could be involved in Jazz Band as a freshman. I stuck with tenor sax ever since because I ended up spending the most time in high school playing tenor as opposed to other varieties of saxophone. I just really liked how it let me express myself.

I’m not really a social person, but I really enjoy having a small group of people that I know very well. Mu Beta Psi gave me that in the form of my very talented Brothers who all share a passion for music. I saw that that’s what they were like and was hooked.

Just do it! You will always regret not doing things, and there will always be great memories to be had when you get involved.